After abandoning his university degree course in Natural Sciences to devote himself exclusively to drawing and painting, Sergio Fermariello (Naples, 1961) initially retrieved his family’s visual vocabulary in an attempt to capture time and memory. Towards the mid-80s his drawing tended towards grainy images; it lost the focus on the object, liquidated his intimate narratives using an unnatural blow-up technique, rendering “form invisible and the content void”, to use the artist’s own words.
What remained is a repeated sign, obstinate in its fixation, which continues to scrape the paper by inertia and from which would emerge the warrior, an icon that was to be a regular feature of Fermariello’s oeuvre until his most recent works, including Guerrieri-Scrittura (“Warriors-Writing”,2017), which is now part of the MADRE collection. Based on a sign, a miniscule pictogram which is recognisable in the stylised figure of an obsessively repeated warrior, the artist produced “unlimited writing”, covering the entire surface of the canvas.

Fermariello defines himsel as a “writer of a single word” which, based on the single shorthand signifier of the warrior, he repeats like a mantra, frustraiting any other hermeneutic attempt at interpretation. In his work, the sign does not refer to another sign but is reiterated in its own semantic self-referentiality. Like a Zen monk, the artist cultivates a linguistic short-circuit that refers “to the inarticulate primal scream and to the end of its dialogue-based presumptions”, explains the artist.
In 1989 Fermariello received his first important award with the international Saatchi & Saatchi prize for young artists in Milan. In the same year he began an intense collaboration with the Galleria Lucio Amelio and his work was exhibited at the gallery in 1989,1991 and 1992. 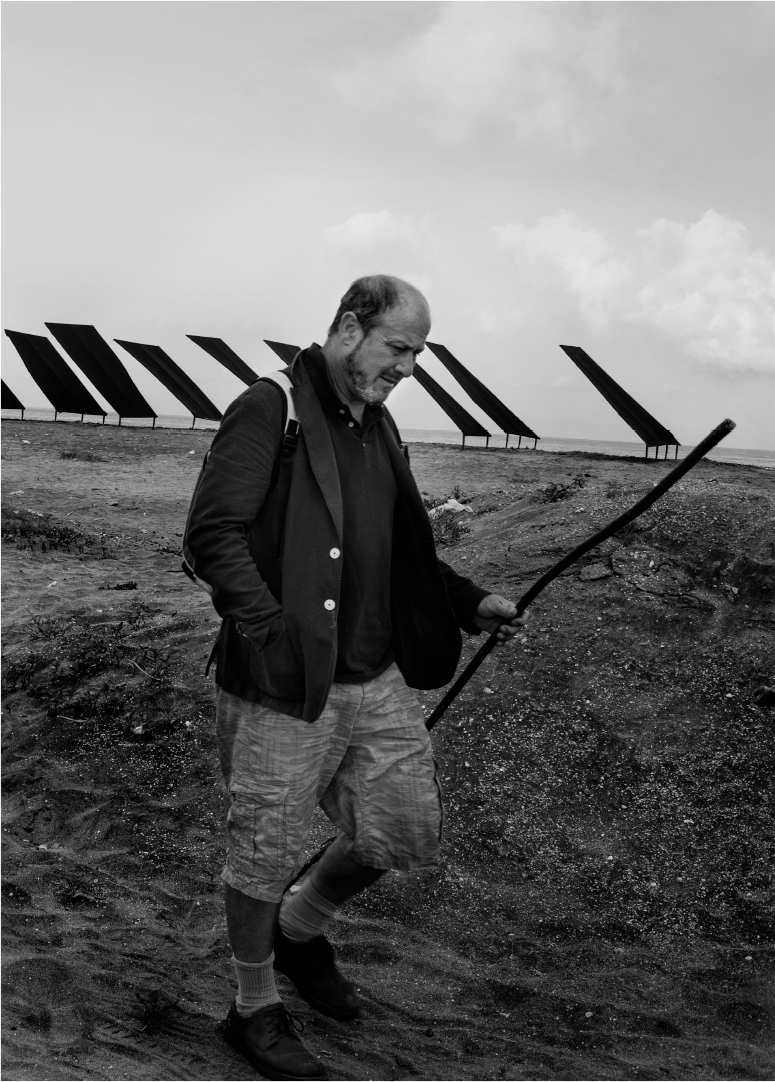