In my work I begin with a sign, a miniature pictogram, recognizable in the stick figure of a guerriero (warrior), which I repeat obsessively until achieving an unlimited composition that covers the entire surface of the canvas.

While observing one of my works, one might get the impression that the warrior signs are, if not ‘too many’, certainly ‘one too many’. They are superfluous, waste – as if they were an infinite number of late messengers, all bearers of the same message, which has already been delivered to the recipient and is no longer usable. These are all messengers of expired time. I could describe myself as a writer of a single word, or a painter of a single sign, which I sow in the field of painting, just as a Zen monk cultivates his sand garden.

Everything in my work begins from the single significant stenograph of the warrior, repeated like a mantra, which cuts short communication as well as every hermeneutic attempt at interpretation. Language, which has been reduced to minimal terms, becomes circular. The sign does not refer to a different sign; rather, it concentrates on itself and, through repetition, it stifles its very sphere of meaning. The answer appears to reside entirely in the question: the celebration, in remaining faithful to the concentric sulcus of the practice.

It is a vicious circle; the work seems to be swallowed up in an epistemic vortex, in a short circuit of language that is reminiscent of an inarticulate ancestral shout, and the ultimate end of its dialogic presumptions. At the Vestfossen Kunstlaboratorium I am presenting a large pierced high-relief, whose surface is made of white cloth, and background of black metal. In this work, the sign presents itself as a subtraction; a perforated trail. It does not show its fullness, but rather remains in suspension; empty. 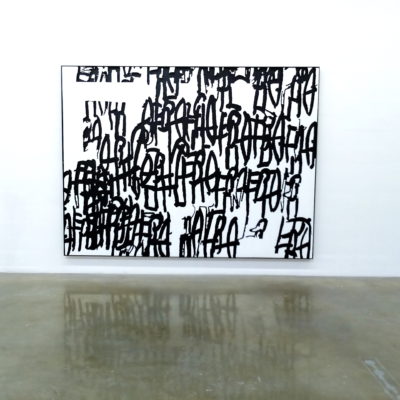 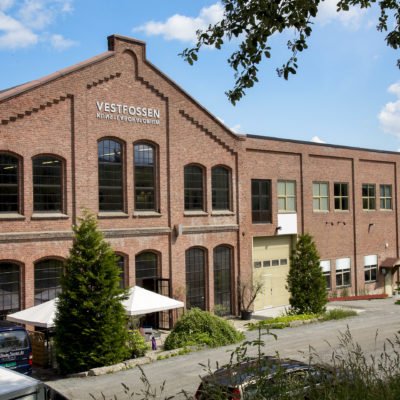 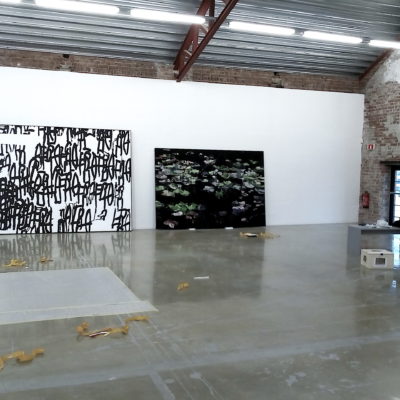 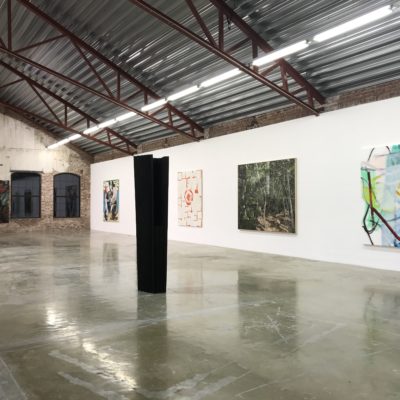 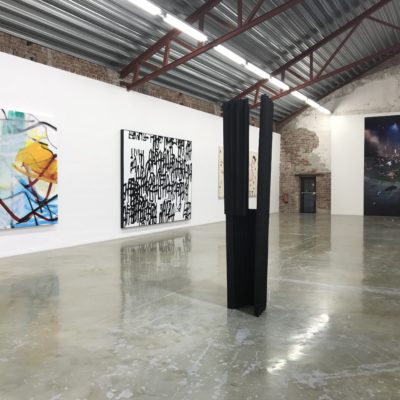 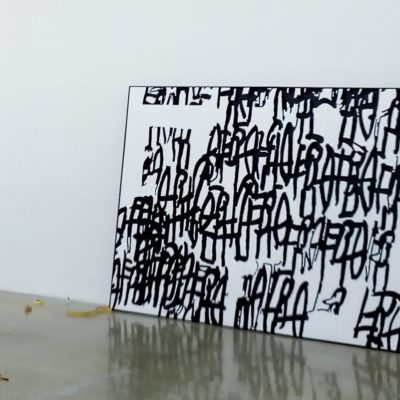